The Ithaca School of Music is known for its outstanding undergraduate teaching. You are guaranteed top-notch education and world-class, personalized arts experiences! Every day, our dedicated community of full-time faculty work to transform talented students into world-class professionals. Students study in state-of-the-art facilities that are as functional as they are inspirational. Over 25 ensembles present about 400 performances each year, both in our concert halls and on tour. Additionally, students live in a vibrant community surrounded by the stunning beauty of Ithaca and Cayuga Lake. Our graduates go on to incredible careers in performance, education, composition, recording arts, arts administration, and a wide variety of other music careers. Ithaca College continues to live up to its century-long reputation of excellence.

ITHACA BASSOONIVERSITY plays an integral role in the success of the School of Music! They are also a tight-knit crew who LOVE the many opportunities Ithaca offers for the BEST INSTRUMENT EVER! Contact Dr. S to set up a visit, or virtual lesson today! JOSH BALLINGER (he/him) is pursuing a Masters of Music in Bassoon performance. He received his BMus from James Madison University where he studied with Sue Barber. Josh is from northern Virginia originally, but loves living in Ithaca! He is the former drum major of Boston Crusaders Drum & Bugle Corps. SETH BARRETT (he/him), senior Music Education major, is from Pennsylvania. Seth is an active freelancer, performed in a 2019 International Double Reed Society Conference Master Class, and  participates in innumerable performances at IC.  He is currently studying hard for the LSAT and will begin Law School next fall! 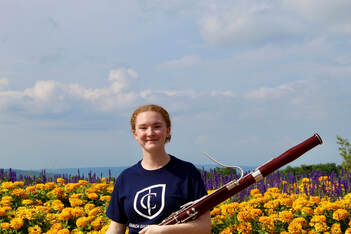 KAITLYN BEASLEY-ZEITLER (she/her) , from Austin, TX, is a former student of Julia Littleton. She is a double major at Ithaca College: performance and music education. Kaitlyn loves Ithaca, and the surrounding areas ... but thinks NY could learn a thing or two about BBQ. 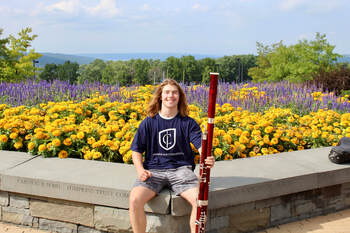 BRAEDE BAILEY (he/him) is  Physics major from Greenwich, CT. A first-year student, Braede is excited to be a part of Ithaca Bassooniversity, and to take advantage of the many offerings for dedicated musicians pursuing other fields. This semester, hear Braede rockin' it in the IC Concert Band! CAM BILLINGS (he/him) is proudly from Maine where his musical studies included bassoon, saxophone, and jazz! A Bachelor of Arts in music major with a premed emphasis, Cam will eventually be Bassooniversity's resident doc! 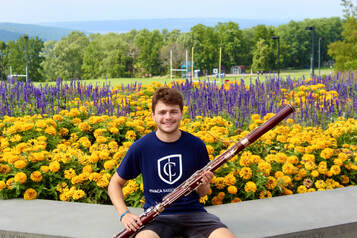 CASEY DELSANDRO (he/him) is a first-year performance and education double-major. From Chatham, New Jersey, Casey is excited to explore Ithaca's many adventures. He is already well on his way to becoming an expert reed-maker -- maybe a side business to his teaching career?! LIVIA FALLON (she/her) is a sophomore Performance major. She is from Sharon, Connecticut where she lives with her folks and her cute cats! In addition to bassooning, Liv is a die-hard reed maker with a budding thread collection! NATE FINKE (he/him) is a senior Music Composition major with a bassoon performance emphasis. Nate is from Schenectady, NY. Nate has written many works for Bassooniversity and uses his lessons to not only improve as a performer, but also to advise his works from a performer's angle. 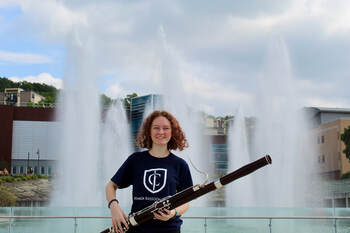 ALISON PAULUK (they/them) is a first-year music education major from West Hartford, CT. Alison already started working those teaching chops as a counselor for IC's Summer Music Academy last summer! They are a great addition the Studio (and the ensembles!). 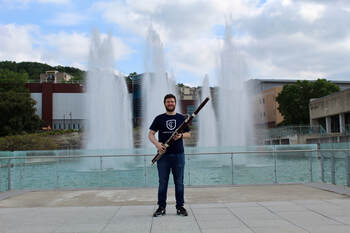 JAKE OZTAN (he/him) is a sophomore double major: Music Performance and Education. From Brooklyn, Jake attended LaGuardia School of the Arts where he studied bassoon with Lenny Hindell. Jake is an aspiring pit musician and bassoon pedagogue who consistently entertains Bassooniversity with his wit and joviality. 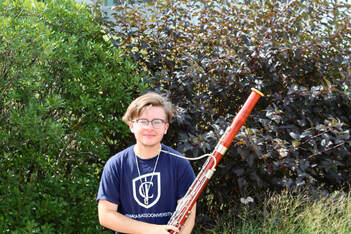 ASH PLUMMER (he/him) is a sophomore Performance Major with a Gender Studies Minor. From Spencerville, Ohio, Ash studied with Kari Pierson during high school. Ash lives in Ithaca with his adorable cat, Olive -- whom Bassooniversity is anxious to meet! PAIGE RAMKISSOON (she/them) is a senior Biochemistry major. Paige has taken IC by storm: she founded the IC Women in Stem organization, won a People of Color Academic Achievement Award, and has served as BOTH a research and teaching assistant as an undergraduate at IC. During this, she has remained an active and essential member of Bassooniversity! Next year, Paige will be off studying infectious disease in graduate school!

Her favorite part of Bassooniversity? The cleaning habits! 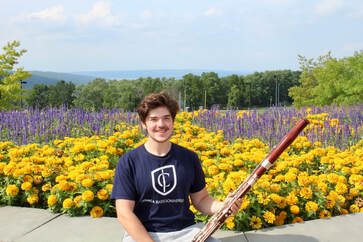 SAM SCHORER (he/him), sophomore performance major, is from Duxbury, Massachusetts. An aspiring conductor, Sam immerses himself in all facets of musical study at IC. He looks forward to joining IC's first Conducting Colloquim this Fall. NOAH STROKA (he/them) studied bassoon with Martha Weber before matriculating to Ithaca College. From Binghampton, NY, Noah is a Bachelor of Arts student pursuing a career in instrument repair. During the 2020-2021 academic year, he completed a certificate program in Instrument Repair from the prestigious RedWing Technical College in MN.

His favorite part of Bassooniversity? Fixing the instruments! EDEN TREADO (they/them) is a junior Performance major from the DC-area. As an aspiring conductor, Eden excels in their music academic courses thriving on understanding music from all angles. Eden is an active chamber musician, thriving on collaboration. 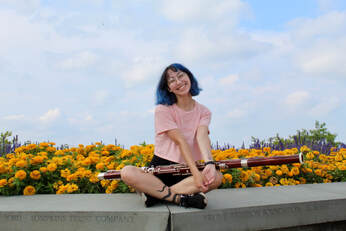 SIERRA WINTER-KLEPEL (she/her) is a Las Vegas-based bassoonist where she attended Las Vegas Academy for the Arts and studied with Bronson Foster. Sierra is pursuing a major in Sound Recording Technology.  Sierra has 6 awesome tattoos, 5 of which she got during the pandemic!